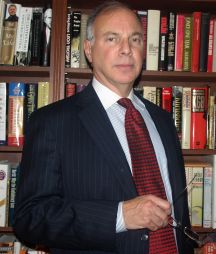 Biography:
Larry J. Stein has been principal attorney in The Law Offices of Larry J. Stein, LLC, since its inception in January 2006, specializing in Federal Employment and Labor Law, including Employment Discrimination, Disciplinary Actions, Negotiation of Reasonable Accommodations under the ADA and Rehabilitation Act, Disability Discrimination, Retaliation Claims, Whistleblower Claims, and Sexual Harassment cases.  Mr. Stein has extensive experience practicing before the Equal Employment Opportunity Commission and the Merit Systems Protection Board, as well as in federal district and appellate courts throughout the United States.  In his work representing employees in the private sector, Mr. Stein specializes in the analysis and negotiation of Employment Agreements and Severance Contracts, focusing on non-compete clauses.

Mr. Stein is a former Senior Counsel in the Office of the Comptroller of the Currency’s Litigation Division, U.S. Treasury Department, where he concentrated on employment and labor law matters in federal appellate, district court and administrative litigation, including highly complex employment and banking law cases.  He was a Federal Government attorney for over 30 years.  Mr. Stein’s extensive experience as Agency counsel, while in the Federal Government, is responsible in large part for his record of success in negotiating a long list of favorable settlements since he entered the private practice of law in 2006.  As the cost of administrative litigation before the EEOC and MSPB can be quite high, the ability to negotiate favorable settlements is invaluable, and essential.

Also, Mr. Stein has experience as a volunteer mediator with the Washington Field Office of the EEOC. 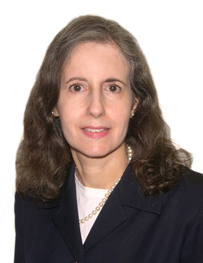 Member:
Bars of the District of Columbia and New York

Biography:
Rosa M. Koppel specializes in employment and labor law. Before joining The Law Offices of Larry J. Stein, LLC,  in August of 2014, Ms. Koppel practiced employment and labor law for 30 years in the Federal Government as legal adviser, litigator and Assistant Director of Litigation at the Office of the Comptroller of the Currency, then as Deputy General Counsel at the United States Merit Systems Protection Board and, for the last six years of her Federal career, as Solicitor at the Federal Labor Relations Authority. At the FLRA, Ms. Koppel litigated before the U.S. Courts of Appeals, the Federal District Courts, the EEOC, and the MSPB. She also advised management and human resources on employment law, drafted employment policies, and served as the agency’s chief legal adviser to the Presidential appointees and all other employees, designated agency ethics official, chief Freedom of Information Act officer, and privacy officer. Having served as a Federal employee, labor and employment law litigator and adviser, manager of attorneys and support staff, senior executive, and ethics official, Ms. Koppel offers clients a unique and multi-faceted perspective on the practice of employment and labor law.